We all know that Facebook has acquired Instagram and there are a lot of functions that can be done simultaneously on both the platforms. After being able to manage promotions of both sites through the Facebook business manager, Facebook has now taken one more step to integrate both these social media giants.

The pop-up reads, “There’s a New Way to Message on Instagram”. In the update notice, the benefits of merging both the platforms are emphasized.

Now, if you are planning to update the app, know that it will entirely change the look and feel of your Instagram direct messages. Your Instagram direct will altogether look like the Facebook messenger. The color of the messages will change, shifting between blue and purple as you scroll – and you’ll feel as if you are not using Instagram anymore and are on messenger every time. Even the direct message icon at the top right will be replaced by the messenger icon. The update appears to be rolling out for the users of both iOS and Android, and for now, the transition is optional.

Thus, if you prefer Instagram the way it is – know that this update is completely optional. If you enjoy the classic Instagram direct messages and wish to keep both the inboxes separate, you can click on the ‘Not now’ button. And if you want to use both of the inboxes together, go ahead and hit the ‘Update’ button.

According to a statement given to Verge, Facebook said “A limited number of people were able to update to a new testing experience for Instagram messaging. We hope that they like and enjoy the feature, and look forward to releasing it in other countries.”

Remember that you will still receive Instagram notification requests from Facebook users, even though you do not update it. That seems to be the only way to send messages to Facebook users via Instagram at this point – the chat has to be started by a Facebook user. Maybe this will get changes in the near future. But as of now, it is not possible to initiate conversations with Facebook users directly from Instagram.

This feature will particularly help you if you are someone who is not much active on Facebook. It will give you an option to stay in touch in touch with close friends and family members. Especially the ones who prefer to use Messenger over Instagram direct.

Messenger users can now interact with Instagram users without leaving their preferred platform. This latest update has been in progress for more than a year now, as Facebook made an announcement about this move back in 2019.

As we said, Facebook started working on merging the messaging inboxes back in 2019. According to a statement given by Facebook’s spokesperson, Facebook wanted to build the best messaging experiences that they can as people want messaging to be quick, simple, private, and trustworthy. They have been working on making their messaging apps more end-to-end encrypted. They have also have been searching for ways to make it easier to connect to friends and family members.

During that time, Facebook wanted to launch this feature in early 2020. However, it got delayed due to the pandemic and Facebook focused more on live streaming. The use of live streaming was at the peak because of the lockdown. And thus, Facebook has to pause working on other projects for a while.

After successfully strengthening its live streaming feature, Facebook is now picking up from where it left.

How can businesses utilize this new update?

If you are using Facebook and Instagram to promote your brand’s products and services, this feature can be helpful for you. You can handle all your customer queries from a single messaging space. There is no need to jump from one platform to another in order to send offers or discount messages to your followers.

It will be a great option to communicate from a single, unified interface. Even when your customers are not on Facebook and only use Instagram, you will be able to send messages on their Instagram direct straight from Messenger. But keep in mind that you cannot message Facebook users from Instagram just yet.

And if you want to completely operate these platforms from a single dashboard, you can use a social media scheduling tool.

The merger happened as the internet tycoon clashes with government regulators who were looking for the chances of breaking up the social giant. Facebook has currently been in front of Congress, which is examining Facebook’s acquisition of WhatsApp and Instagram. Nonetheless, Zuckerberg hits back saying that the allegations are based on Instagram’s current success.

“There was no assurance that Instagram was going to succeed. The acquisition went exceptionally well, not only because of the skill of the founders, but also because we have invested a lot in developing and promoting the infrastructure.” Mark said.

The merger would make it more difficult for government officials to split up the social media giant.

Facebook is indeed the superior player in the messaging sector. According to Statista, the world’s largest messaging app is Facebook’s WhatsApp. Facebook’s Messenger is the second biggest, followed by China’s app WeChat. And the next is Apple’s iMessage, which is termed as Facebook’s biggest competitor so far by Mark Zuckerberg himself.

The next big move will be to merge Messenger and WhatsApp. It will create a user base of 3.3 billion per network. Which will be 43% of the world’s population on a single messaging service.  Down the road, Facebook is likewise making plans to merge the voice and video calling functions among Facebook, Instagram, and WhatsApp.

P.S: If you wish to level up the game of your Instagram Stories, read this guide! 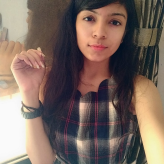