Everything you need to know about fake news on Twitter

How many of us have got into the trap of encountering fake news on Twitter and abiding by it, considering it to be true?

I am sure most of us must have experienced it at least once in life, wherein, later on, we come across the actual truth.

Having the right information is the basic right of any person and Twitter’s job is to keep people updated about the happenings taking place all around the world.  But are you sure about the credibility of the news? As nowadays the news which is fake spreads faster than the true one.

It has become difficult for people to distinguish between fake and real news on Twitter. Researchers have found that fake story has more chances to go viral than the true one. Fake news receives 70 percent more retweets than real news.

Fake news seems to outperform real news. Fake news is not just a thing of bots but also of humans. In fact, 4.5 million tweets and retweets took place during 2006-17.


What is Fake news?

Fake news refers to stories that are not true in reality. This news spreads so as to make people believe something which is untrue.

There can be various reasons that can lead to fake news, and all of these are ethically wrong.

Researches were conducted on Twitter accounts about the suspected ones who are spreading those fake stories.

We realized that apart from billions of humans using social media post update, there are bots residing within.

The research found that these bots pretend to be human and spread false news.

You must be thinking bots to solely responsible for spreading fake news, well that’s not the case.  It was also the people who were spreading and retweeting the fake news.

We, humans, are undoubtedly smart. However, we are also highly emotional beings which leads us to share and spread fake news faster on a global platform.

There are multiple reasons for people spreading fake news. One of them can be with the motive of humiliating others or insufficient awareness of the topic.

Fake news topics are different from true ones. Fake news tweets replies use words like a surprise, these kinds of words attract the attention of people.


How did we come to know about Fake News?


How to identify Fake news accounts?

There are two types of accounts that need to be analyzed and identified. One is the main account and the other is the auxiliary account. The main account consists of having around 10,000 followers but less of the following accounts.

Main accounts were the ones spreading the Fake news all over, sometimes pretending to be political parties, with a motive to degrade their targets. The default language of these accounts is either English or Russian.

The motive of auxiliary accounts is to spread the news created by the main accounts by retweeting.

Fake news bots target people who have an abundance of followers. They do so by specifically mentioning them or replying them with content which includes the link of low credibility content.


A checklist to catch Bots


Beware of the Fake news!

Though social media networks provide each one of us with ample information that we should be aware of, we should ensure to cross verify the credibility of news before we share it any further.

When you share fake news, you not only share a piece of untrue information but you will also misrepresent something wrong, which will influence you and other people against the right! 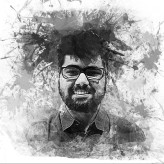